Ralph’s attempt to justify his stupid claim that “they” altered the hairline of “doorway man” ( in reality, Billy Lovelady ) merits a short response…

Ralph Cinque is a little miffed that I accused him of having “Zero, Zip, Zilch” evidence for his often repeated but totally unsubstantiated claim that the doorway man’s hairline has been altered in the Altgens 6 photograph.

See? He’s so miffed he even came up with a new name for me.

In a nutshell, Ralph’s “supporting evidence” is this Mark Lane photograph of Billy Lovelady taken a year after the assassination. Ralph likes it so much he gives us two versions – 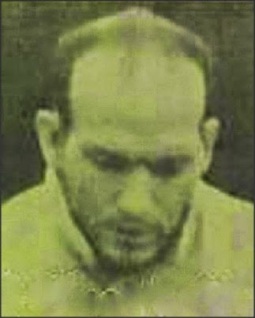 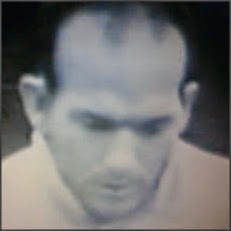 And in doing so comically shoots himself straight in the foot. Ralph Cinque truly is the gift that just keeps on giving….
Now, Ralph’s contention is that these pictures of Lovelady show that his hairline had already receeded too much for it to match what we see in the Altgens photo, and that consequently “they” had to patch in a shot of his hairline from a much earlier photograph. Let’s see…
Firstly, could these two versions of the same photo look any more different? In the upper image Lovelady appears to have a moustache, heavy beard growth and virtually no hair on the foremost part of his head, yet in the second image he’s clean shaven with a much more visible “widow’s peak” to his hairline. This is supposed to be Ralph’s “evidence” – yet in any other scenario you can just imagine Ralph spluttering with indignation.
“These are supposed to be images of the same man at the same time, yet look at the difference between them! You’ve got Werewolf  Lovelady with his wild, shaggy beard and bald head – but look at Choirboy Lovelady, clean – shaven and with much more hair! How can they be the same man?! I’m telling you, it’s FAKE, FAKE, FAKE!!!”
And on. And on….ad nauseum.
Ralph, welcome to photo 101, where, as has been explained to you over and over again, considerations such as image quality, lighting, contrast, exposure and a whole host of technical issues you claim to be irrelevant whenever it suits you have a dramatic effect on what we see in a photograph. And thanks for bringing such a nice example to class.
Unfortunately though you still don’t pass, because your comparison of the top of Lovelady’s head to the Altgens photo in which he was looking straight towards the camera is not valid. In fact, Lovelady’s hairline in 1964 was a perfectly good match to Altgens –

Because, as Ralph has so nicely demonstrated for us, lighting conditions and angle of view are two very important things to consider. Let’s take a look at some images of six times World Snooker Champion Steve Davis, a guy who has definitely lost some hair over the years. But is he bald?

Clearly not. He’s well on the way, but he’s not there yet. But you may be forgiven for thinking he was much closer to it than he actually is if you’d been given, say….this picture – 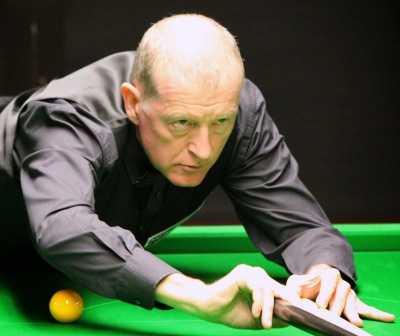 Both of these images are from 2012. Lighting and angle of view…..
So sadly Ralph, it’s still Zero, Zip, Zilch, but because you made a fuss about it I have to add Nada and Diddly – Squat.
Oh and by the way, because you keep banging on about it I commissioned an independent study into haze and distortion in Altgens 6. They sent me this …..

UPDATE!
See, this is what Ralph always does. He posts a long blathering reply which not only says nothing but completely ignores every point you made. Not much of it is worth addressing so as usual I’ll just point out a few falsehoods.

Well you’re right Ralph. Somebody is definitely fucking with us – but it’s not Mark Lane or the FBI, it’s you.
Now you’ll notice here that Ralph, realising he made a massive mistake by showing us two wildly different versions of the Mark Lane photo ( which by the way he fails to mention at all in his reply ), has decided to go with the apparently unshaven “werewolf” Lovelady simply because that’s the one who appears to have less hair. ( See Ralph, it’s just as easy for me to come up with sinister sounding names for stuff with perfectly innocent explanations ). But as I pointed out, a shot of the top of Lovelady’s head is not a valid comparison with Altgens.
I’m not suggesting that Mark Lane “submitted” a fraudulent image Ralph – I’m suggesting that you   have absolutely no idea how to interpret it and are prepared to tell the first lie that comes into your head in an attempt to cover your sorry ass. They can’t both be right? Sure they can Ralph. I demonstrated exactly how they could both be right and gave you a nice example of what I was talking about. Predictably, you failed to mention any of that.

I’ll use whatever I like. Asshole…..
Because when you try to slip this crap in after proving to us with YOUR OWN EVIDENCE just how different two versions of the same photograph can look, you just reveal what a desperate hypocrite you really are. 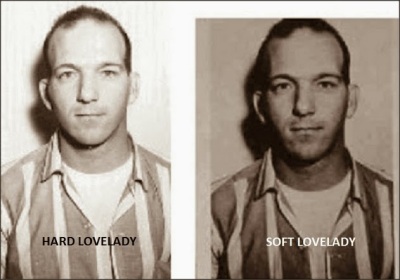 There is, of course, no “soft” or “hard” Lovelady. It’s just another Ralph Cinque lie – two versions of the same photograph taken from sources on the internet which have different levels of light and contrast EXACTLY as do the two versions of the Mark Lane picture which Ralph showed us above. Of course, Ralph makes no claims of “dark forces” producing the two apparently different versions of the Mark Lane image he accidentally showed. He just decides not to mention that he was busted.
He has absolutely no idea of the source of any of these photos. He has no clue of how many generations from the originals these images are or what steps they have been through to appear as they do on the internet. He is completely ignorant of anything related to imagery, photography or image analysis. He’s a desperate, debunked, lying asshat.
FURTHER UPDATE!
Ralph still can’t come up with anything that helps him, but it’s amusing to notice that the quality of the images he uses deteriorates in a direct relationship with the amount of lies he’s having to spout in his attempts to get out of trouble…

Don’t know what the hell that was supposed to be Ralph, but to save you some time I’ve prepared an even better one for you. Here ya go – 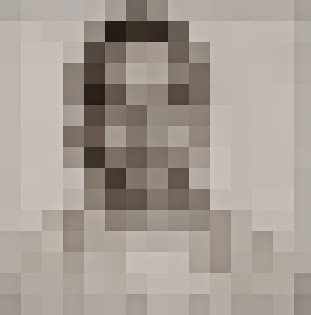 No need to thank me…
And also that this –

is such a blatant lie that Ralph Cinque has to falsify the evidence in an attempt to make it believable. He fails miserably, of course. I’ve already busted him for it here –
http://oswaldinthedoorwaynotreally.blogspot.co.uk/2013/10/ralph-cinque-alterations-to-ce-369-part.html
AND JUST ONE MORE!

Well no actually Ralph, it’s not me who’s “shit out of luck”. I’ve dealt with the hairline non – issue so your repeated showing of the same comparison only serves to show that yet again you have no answers. And in the process you’ve provided everybody with a really good example of two versions of the same image looking vastly different, thereby confirming your total lack of photographic understanding and blowing all your claims about fake Lovelady photos and films completely out of the water.
I’m having a pretty good day, thanks for asking……
Advertisement

3 thoughts on “Zero, Zip, Zilch…..UPDATED! plus FURTHER UPDATE! and JUST ONE MORE!”